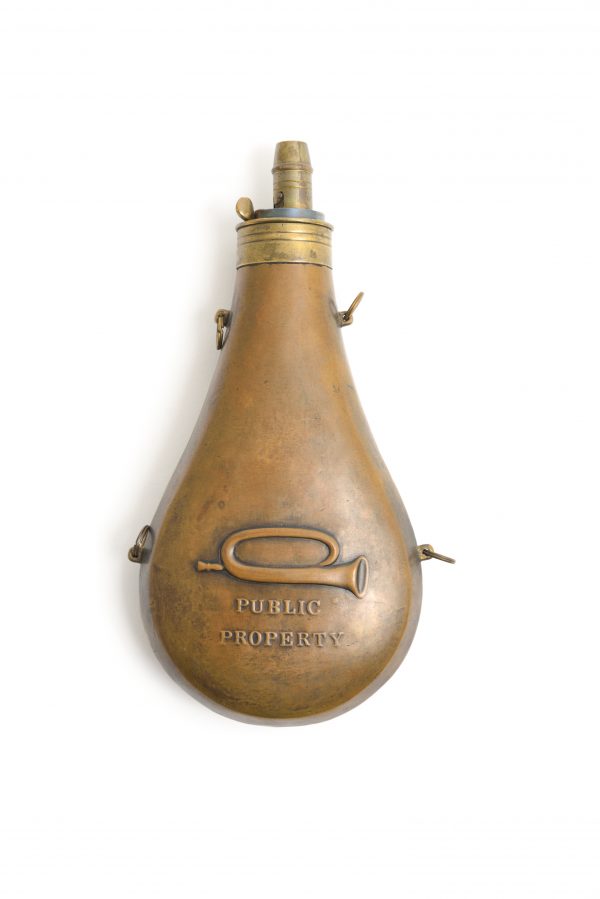 Made in Liverpool, England

An original U.S. Military Rifleman’s, 1825 pattern, powder flask.  These flasks were the first metal powder flasks contracted for by the United States government.  The ”PUBLIC PROPERTY” marking was added in an effort to prevent the soldiers from stealing the flask, for use after they were discharged from military service.  These flasks were made in Liverpool, England and were sold to the U.S. govt. by James Baker of Philadelphia.

Condition: Has a very good dark age patina, with a couple of very minor dings and split seams, but not separated and never repaired – Charger mechanism operates as it should