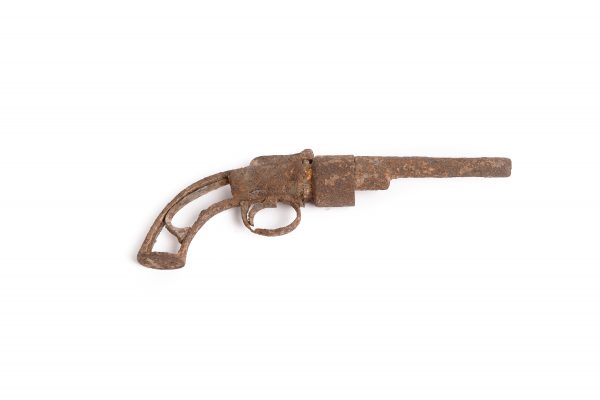 An historic English transitional percussion revolver, in relic, as found condition.  It was acquired from an estate in Tucson, Arizona and reported to have been found at or near the site of the Battle of Picacho Pass or the Battle of Picacho Peak, in Arizona.  The battle is known as the only American Civil War battle in the Arizona Territory.  The action occurred around Picacho Peak, 50 miles northwest of Tucson, Arizona.  It was fought between a Union Cavalry patrol, from California and a party of Confederate pickets from Tucson, and marks the Westernmost battle of the American Civil War.  A letter accompanies the pistol, from a previous owner.