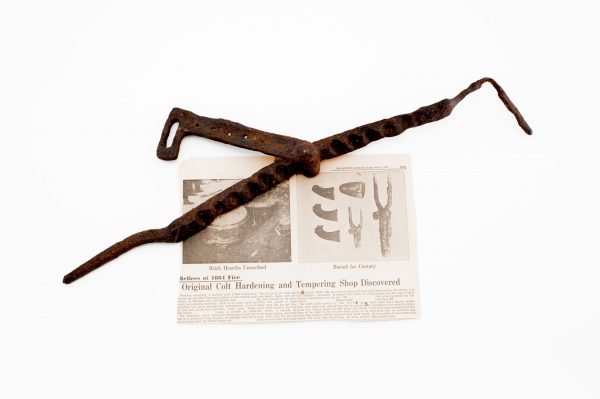 Found in 1969 under the Colt Firearms factory on Huyshope Avenue in Hartford, Conn., when the floor was excavated for improvements to the current structure. This rare example of a .56 caliber, iron, gang mold is one of two known to survive (said author, Robin Rapley), the other being in much better condition. This mold, and other artifacts found are believed to have been a product of the 1864 fire that destroyed most of the factory, and were buried about 1900. The mold was meant to cast bullets for the U.S. Military rifle or carbine. Included is an article cut from the Hartford Courant, dated April 6, 1969, describing the find.